In the past months, political and public debates across Europe have been dominated by the ever-increasing wave of migrants from the Middle East and Africa.

This conference will focus on migration from Africa and take a closer look on the role of the media – both in Africa and in Europe – for the crisis: How do African media report – and frame – the current massive exodus of fellow countrymen?How do media across Europe live up to the challenge of covering the dramatic events at home and in the Mediterranean sea – as well as the political and economic situation in the migrants’ home countries? And how can foreign reporting practices be improved both in Africa and in Europe, to foster a better mutual understanding?

These questions will be addressed by distinguished speakers from Africa and Europe. The conference also serves to launch a new African-European project in the field of journalism education: “Journalism in a Global Context” aims at connecting journalism students in Africa and Europe, thus promoting the quality of foreign reporting of Europe and Africa in a crucial time of development for both continents.
The conference will be held in German and English. 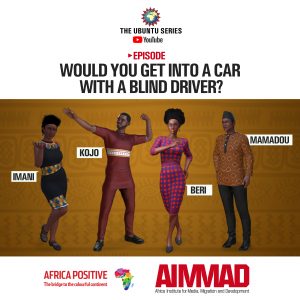