As is usually the case in this age of the Internet when print newspapers have all but disappeared from my world, I was again reminded of a momentous day in Africa via an email note sent to my box by the Tony Elumelu Foundation. The email notified me of the Africa Day event, which holds every May 25. The event in question to which I was alerted is the “second edition of the UBA Africa Conversations in celebration of Africa Day.”

The mail came days after another email involving Tony Elumelu, the chairman of UBA, was sent to me via the same medium, informing about a gathering of “African heads of state and governments at the New York Forum Institute Virtual Round Table,” with the theme: “Resilient World: An African Call for a New World Order.” The latter was supposed to “highlight lessons the world can learn from Africa, address the socio-economic risks, and emphasise visions for life in Africa after Covid-19.” 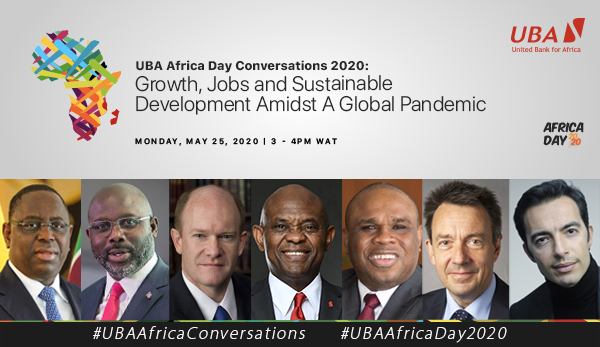 Elumelu, no doubt, is a feature in discussions about Africa and the Africa Day event involves not just him but African presidents like Macky Sall of Senegal and George Weah of Liberia, as well as, among others, individuals in the financial and corporate sectors. So, they gather, again, in what is a yearly ritual, to seek solutions to Africa’s myriad problems, problems that people like me consider mainly to be man-made. This year’s theme on UBA roster is “Growth, Jobs and Sustainable Development Amidst a Global Pandemic.” It’s a familiar theme, with the exception being a pandemic caused by a “novel coronavirus.”

Regarding the first event, what lessons has the world got to learn from Africa about the coronavirus? Without prejudice to the issues raised or discussed at the event, I can state without fear that aside the drugs or herbs which some Africans have strained themselves thus far to showcase their efficacy to the rest of the world as the remedy to the deadly coronavirus, it is hard to convince people that there’s any stellar effort from African governments to combat or stem the virus worth bragging about. Much of what one sees across African countries has been a replication of western tactics. So, given what I know about the Africa Day and events like it, the question to ponder is: to what end? What will the discussions all amount to?

Significantly, the Africa Day event comes at a time I am engrossed in a book written by one of Africa’s best and most socially engaging writers, Yasin Kakande. Of Ugandan origin, Kakande, whom I first met at a media workshop in Cape Town four years ago, brings his skills and experiences to bear in the work titled, Why We Are Coming.

Recently, one writer, in a rather cocky manner, wondered, in a TV interview, why many people tend to focus on their life stories in their works, and asking why they think anyone would be interested in reading their stories. The real deal for a writer, she said, is to create something from nothing in a way that leaves readers in awe of the writer. Kakande’s story is worth reading about. It is key to the message he sends out in the book and why he currently lives and works in the United States of America rather than Uganda. When a journalist knowingly or unintentionally ruffles feathers in the Middle East and is, as a result, forced out of the region, the best bet for him could be to return home and gain respite. Home is where you feel at home, I hear. But only if there’s succor there. Yasin, evidently didn’t find one in his homeland when he was forced out of the Middle East, and the writer’s last conversation with his father, one of the 36 chapters that make up the 220 page work, is instructive.

The question of why Africa is the way it is today, and why there’s mass exodus of people of the continent from their homeland, is a subject many are considerably familiar with. But why there seems to be no way out of the misery in spite of the avalanche of conferences like the Africa Day event across the continent/world is the issue to ponder. The more I think about it, the sadder I get. It is hard to imagine the rut Africans are trapped in and not feel short-changed by those who claim to represent us across the continent. It’s a hell of a problem, a challenge of immense proportion that leaves many who reflect on it, devastated each time.

Beyond his personal story, Yasin’s book, on this Africa Day, reminds us why we are the way we are. The issue of mediocrity and abysmal leadership, of greed and corruption, dictatorship and sit-tight mania and the embrace of western ‘cognac’ in whatever form, such as the Structural Adjustment Programme (SAP) adopted in countries like Nigeria.

Some people argue that SAP set off the real decline of Africa’s most populous country, placing it on a ruinous path of no return. In Uganda, Yasin’s homeland, swaths of land (8,000 hectares) “in the forest area of Bukaleba” were snapped up by foreigners (represented in a company called Green Resources) in collusion with the Ugandan government, leading to the displacement of about 14,000 villagers. The government promised to resettle the people in 500 hectares elsewhere but as it turned out, “the land was not demarcated and there was an endless debate about where exactly this land was located and who had a right to use it.” In view of the situation, “The chairman of the Bukaleba village said the Norwegian company had lied and had planted trees on the land set aside for the evicted villagers. It all seemed endlessly confusing and the net result is that the people concerned have waited for years for the Ugandan government properly to allocate their 500 hectares as agreed.”

The Bukaleba story reminds me of Lagos, Nigeria where indigenes of a land that today comprises Lekki Free Trade Zone, have for long been lamenting being short-changed by the Lagos State government which transferred ownership of their “colossal” land to Dangote Industries for a private refinery project. Sources in the area told me, during a reporting trip there in 2018, that the Lagos State government had not fulfilled any of the agreements it entered into with the original land owners before and after the transfer of ownership to the private investor, Dangote Industries, while the management of the company itself had been indifferent to their plight. The only difference between the two scenarios, is that one is a foreign company, the other, an indigenous concern. But they both speak eloquently of the predilection of powerful people in government to prioritize private goals over people’s well-being. It’s much about money and sectional interest far and above the people’s welfare, the reason why we are the way we are.

There’s no other way to look at Africa’s endless crises. They are mainly man-made, and the death toll, over the decades, is beyond words. No wonder the coronavirus has been kind of kind to the continent in terms of havoc, compared to other regions.

Anthony Akaeze is an award-winning freelance investigative journalist and author. He is currently working on a new book with the tentative title, “Where Strangers Dwell,” a story of hope, pain, accomplishments, migration and discovery. 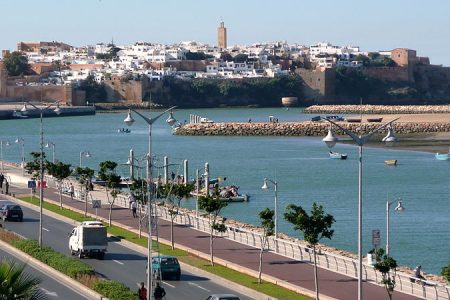 September School on Media and Migration in Marokko 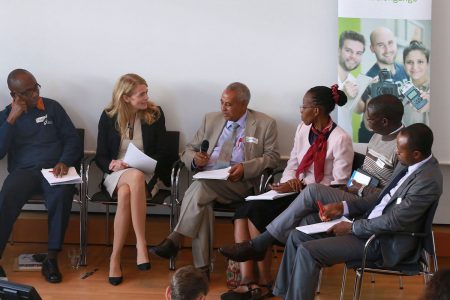