The feeling was odd. Standing like many others inside the port that morning, I reflected on what might have been, hundred of years ago when the trade was still booming! Seeing the number of people inside the waiting hall who soon began to file out, headed for the ship enroute the destination, I, for once, felt like one of the victims who made it to the island I was now visiting.

It seemed like history repeating itself. The only difference being that, unlike the situation 300 or so years ago, I and the many others were unchained and would be back from where we set off: Port Autonome de Dakar. Like the victims, we would encounter the “door of no return” but would sail not from there to some distant land, never to be seen or heard of again. 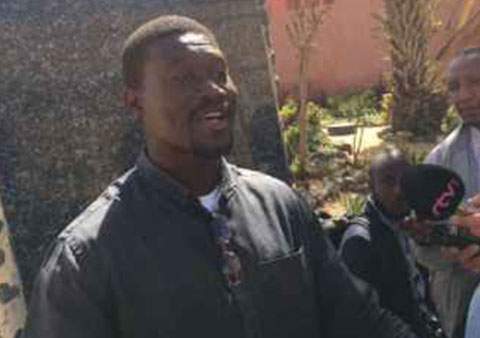 As I thought about it, the words of a Nigerian lecturer, Mariam Birma, I met at the West African Research Centre in Dakar the day before, flashed back. “It’s difficult to go there (Goree Island) and not be affected by it.”

The statement would begin to have effect, once Ali Drame, a guide on Goree Island, led the way, followed by members of the Spring School on Media and Migration of which I was part of – for a tour of the island. Drame has a way with words and obviously, must have told the story of the African slave route that is Goree Island, to countless other visitors to the place, day in day out. To rehash horror is not an easy thing but Drame appeared to be at ease with his job. 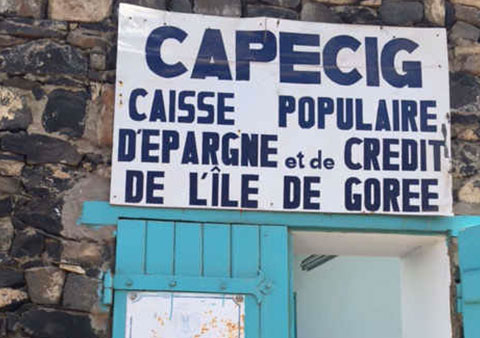 Even for someone like him drawn to talk, he sounded it clear, at a point, that some aspects of the slave trade was too horrific to be disclosed and actually apologised to his guests, at a point, for revealing an information that made me wince. But how else could the story have been told? Horror is horror, and history, like some would say, cannot be rewritten! 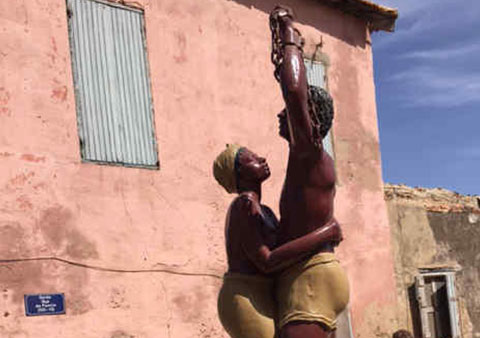 Drame, clearly, given his age, did not witness the evil of the slave trade on Goree Island, but tales from generation to generation and documented evidence from some who witnessed it, have outlived both the victims and perpetrators to form the kernel upon which Drame now earns a living. 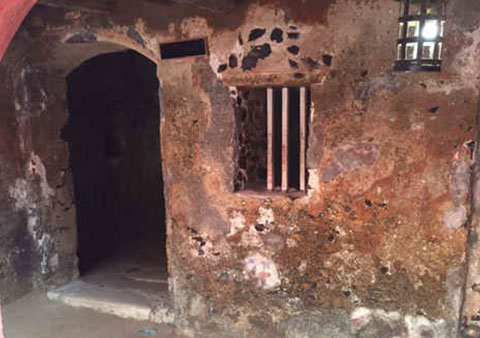 As we filed through and converged inside one of the slave houses, Drame brings it to life.

“This house was originally built by the Dutch in 1776,” he began. “It was the latest slave house on this island and also the most organised one. It was not the only slave house, there used to be 28 slave houses around the island and as you can see, many cells where they used to keep the slaves. Men, women, children, everybody was put in separate cells while upstairs over there was the guest house and it was reserved for the slave buyers coming from Europe, Caribbean, South America with their boats to buy slaves from here and go back.” 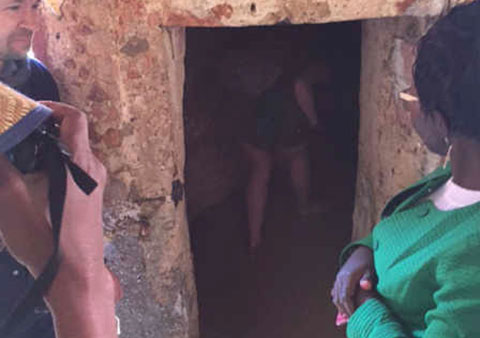 The fate of the victims, many of whom were prisoners of tribal wars or were captured and sold to the slave masters by their friends, kith and kin was horrendous. “They were more men coming here (the slave house) so they reserved five cells for them. In each cell, they used to keep between 15 to 20 men in chains. Minimum 15 and maximum 20 in one cell.They used to keep them in chains on their hands and legs, backs against the wall. They were allowed only one time a day to use the toilet outside and they were feeding them only once a day. Imagine if they went to the toilet during the day; at night, if they had some need, they were forced to do it right on the floor while everyone was there. That’s why the living conditions in this house used to be so unthinkable, so inconceivable that many, many diseases came out of it,” explained Drame. 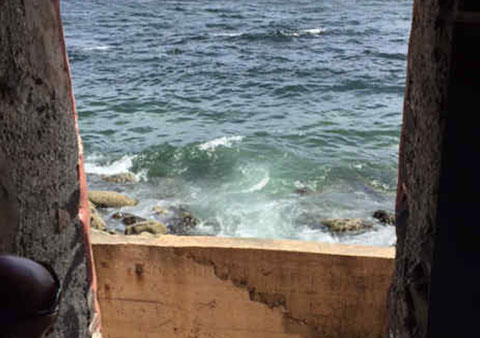 Door of No Return

Disease, even with the best medical care, could result in death, let alone when human life counts for nothing. He added that, the death rate in the house used to be very high. “During slave trade, no slave was allowed to be sick. If some of them were sick, they used to just take them out of the cell, tighten them and throw them into the oceans without any questions. Because the concern was, if they leave some sick slaves among the rest, they might contaminate everybody and they might end up losing everybody. That’s the reason why they did not take chances with any sick slave and that’s the reason why this island, back in the slavery days, used to be sadly called, the island of the sharks. Because the sharks used to come swimming around the island, due to the tremendous amount of people they used to throw so the sharks will just get rid of them.” 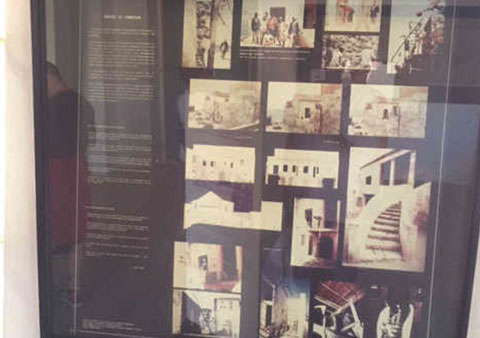 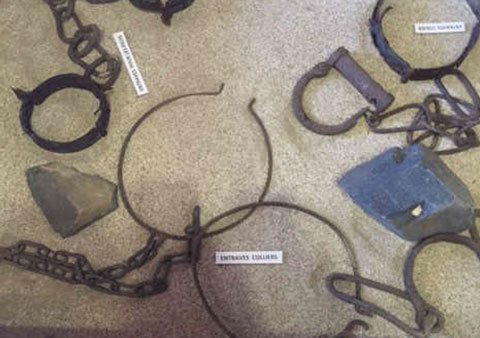 Feeding, however, wasn’t a matter of choice for the slaves as they were made to eat “by force, whether they liked it or not,” as, “that way they can gain a maximum of weight in a minimum of time.” That’s for the men. The women and girls had their section. According to Drame, they were selected depending on their ages and also virginity. “Concerning young girls, their prices were dependent on their virginity. Their virginity was very expensive. In fact, all the young girls brought here, they used to first check them in here to see if they were virgins or not. If they noticed that they were virgins, they had a special cell reserved for them, if they were not virgins, they used to just keep them in the women’s cell and sell them like regular women.” 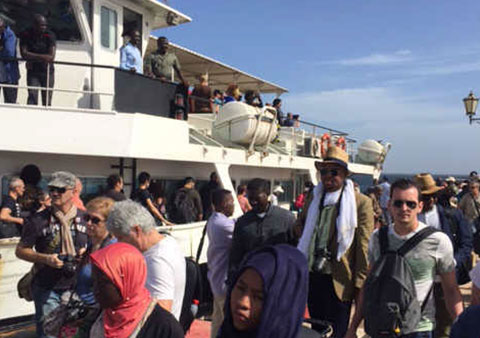 The evil didn’t spare anyone, not even children. Though children are not strong enough for strenuous work, the slave traders “used to exchange them for little items like a child for a bottle of rum, a child for mirror, a child for necklace or a child for a piece of fabric, waiting for them to grow and do something in the fields.”

“All the children who used to come to this house, that’s where they used to pack them and those considered as children back in those days were approximately between the ages of 4 and 12. Those who were less than four, were left with their moms over there in the women’s cells to sell them together because they were too young. Between four and twelve, they used to separate them from their mom and keep them over there and when came the time to sell them, they made sure they sold them separately, that way the family ties will disappear,” Drame stated, adding, “if they were 12 and above, if they had the 60 kilogrammes required, they used to sell them as men.”

To approximate the age of the children, the slave dealers “used to check their dentition. The stronger the teeth, the older the children.”

Giving an insight to the sexual abuse that prevailed on the island, Drame said: “All the young girls who used to come to this house, if they noticed that they were virgins, they keep them separately because their prices were dependent on their virginity and the second reason was that, upstairs was the guest house. So while the guests were here, they used to come down, anytime they felt like it, go in that corridor, from these openings, check which girl they want to be with and send the security guards to come and bring her out. So the guests, while they were here, were buying the virginity of those poor young girls, just to have fun until they leave this place. If they noticed that some of those girls were pregnant, they used to leave them free somewhere around the island, until they had their babies.”

It is difficult to listen to such horror tales and not wonder about man. His capacity for evil. When you think of the length of time the slave trade lasted on Goree Island – 312 years – during which estimated millions of Senegalese were herded through the gate of no return, you have a sense of the magnitude of the evil that took place there. Like Dakar, Lagos, Banjul, Ouidah and Accra among other African lands, were major slave routes that accounted for the loss of millions of people. Some mercenaries, in collaboration with Africans, sold fellow human beings into slavery, and that way, left their families in perpetual anguish.

It was a trade that involved the Portuguese, Dutch, British, Americans, French and Arabs.

Such a horror chamber, Goree Island, sections of which has undergone renovation over the years as part of the Senegalese government ‘s effort to not just preserve this dark chapter of its history but boost its tourism industry, is inhabited currently by 1500 permanent residents whose activities reside around tourism, fishing and arts like carvings, paintings and souvenirs.

There are restaurants, cinema and drummers, people who cash in on the endless flow of tourists to this 900 metre long island. The Chez Thio, for instance, advertises itself as being in Goree since 1974. There are some who also live on the island and work in Dakar, a trip of about 20 minutes by sea.

On the ferry, as we made the return journey back to Dakar city centre, the images of the slave trade as just witnessed, filled my mind. The only thing that momentarily took my mind off it was an inscription on the Tee-shirt of one of the tourists to the island, seated ahead of me: “Try not. Do. Or do not. There is no try.”[:] 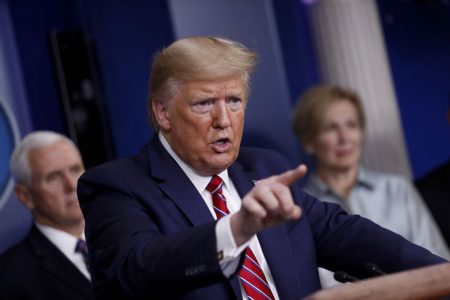 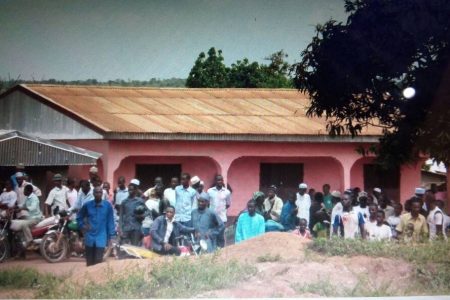 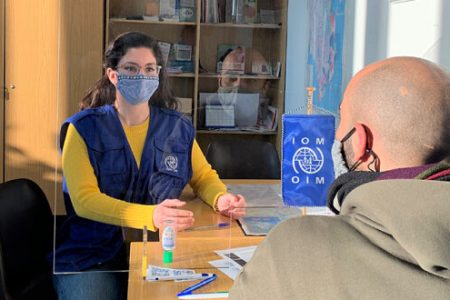