“We were still working on the construction site when I was taken apart from the others. The guard pulled his gun, aimed it at me and told me he’d shoot if I tried to walk away. After ten minutes of trembling with fear, a truck arrived and I was ordered to get in. We drove to a beach where a crowd was being kept at gunpoint by other guards in uniforms. They forced us to board a Zodiac and pushed us into the open sea. The second day we were saved by a European ship.”

Amidou Kone (23) now lives in Follonica, in a refugee center that used to be a tourist campsite in Tuscany. He is one of the 113,722 refugees who made the passage from Libya to Italy, the deadliest crossing in the world with a total of 2,714 fatalities from the start of the year up until now.

Amidou left his home country of the Ivory Coast after his entire family was killed during a raid in the 2011 war. After passing through Burkina Faso and working as a shepherd for a farmer in Niger, he is certain he was sold to Libyan militias after a business trip with his boss to Libya.

“They wanted me to call my family for ransom,” he says, “but didn’t want to believe that everyone had died so they started torturing me.” Amidou shows the scars on his head, caused by blows with Kalashnikov stocks. He points at the blank spots around his right index and right ankle. “They tried to cut off my finger with a knife and then they wanted to beat my foot with a flashlight. Why so much cruelty? I don’t have the faintest idea.”

Kidnapping industry
For over two years, the cruelty of detention in Libyan detention camps has been widely reported and denounced but with no immediate end in sight. Two months ago, the head of MSF Joanne Liu wrote an open letter calling the Libyan detention system “rotten to the bone”, “a thriving enterprise of kidnapping, torture and extortion.” She accused Europe of being complicit in the situation as the Union, “blinded by the single-minded goal of keeping people outside of Europe”, funds Libya to help stop the boats from departing.

Bai, 19 years old from Mali, arrived on the Sicilian coast in early September. He remembers several mass kidnappings. “There was forty of us living in a house in the city,” he says. “One eventing two men with Kalashnikovs came in, started shouting. They told us to get aboard vehicles waiting in the street. We were locked up, they beat us with sticks and chains. We had to call home. Anyone who could convince their family to send money was allowed to go. My family agreed, but I was caught by another group the following week. There wasn’t any more money left so they put me to work to pay my trip to Europe.”

Under laws passed with Europe’s encouragement during the reign of Muammar Ghadaffi, immigration is illegal in Libya and the country does not offer asylum. Every undocumented migrant is therefore liable for detention.

Various rival governments and militias run networks of detention centers. UNHCR can only enter 29 of them, run by the department to counter illegal migration (DCIM), headed by the Serraj government, the government Europe chose to recognize. The total number of camps is unknown and international funding for “official” camps has ignited a battle for control over these camps by armed groups looking for money or international legitimacy.

Forced to cross
In the meantime, both DCIM officials and militias rent out detainees to local employers for personal profit. Amidou and Boi also fell victim to forced labour while detained. “Two years as a mason,” Amidou tells, “without payment. In those two years, I’ve seen nothing but water and bread.” When he was eventually found to be too weak for work, he was taken to the boat.

“Refugees are nothing but commodities,” says Anaspasia Papadopoulou, senior policy advisor at the European Council for Refugees and Exiles (ECRE) in Brussels. “Militias use them to make a profit. When they are no longer useful, they need to get rid of them.”

Amidou’s forced crossing is echoed in the stories told by countless other migrants. In fact, many of them them didn’t come to Libya to cross to Europe but turn out to have lived and worked in the country for years.

Balde Tcherno (37) from Guinea-Bissau was a shoe salesman for five years, making the trip home once every year to be with his family. On his last trip back in 2011, he was arrested and forced, at gunpoint, to board a boat to Italy. Rockson Adams (27) from Ghana arrived in Libya after the removal of Ghadaffi and got a lucrative job in construction, but after two years he was kidnapped and forced to pay ransom. After killings in his circle of friends and explosions in his area, he decided to pay a smuggler to cross over.

“The refugee flow from Libya is clearly a mix,” says Anaspasia Papadopoulo. “There’s people who already lived in the country and who went there because until a few years back, it was still a rich country. Then there’s the internally displaced Libyans. And of course there’s the Sub-Saharan Africans, Bangladeshis and Syrians who’ve come to Libya with the intention of crossing. Many fall victim to exploitation and into the hands of traffickers instead of smugglers.”

According to some analysts, the situation is making it hard to separate “economic migrants” from “refugees” as many who travelled to Libya for work become victims of exploitation and violence. 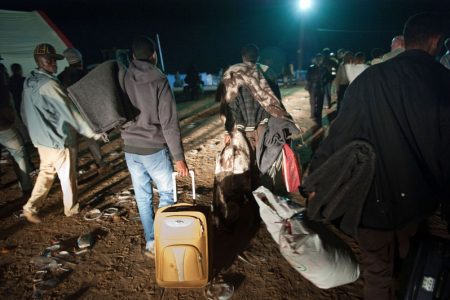 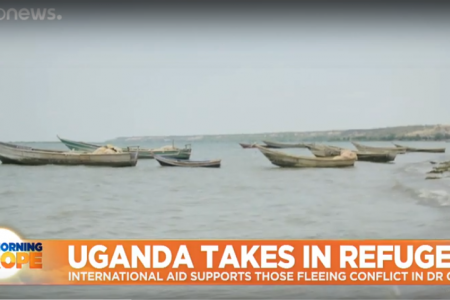 Daan Bauwens has an M.A. in psychology and is a journalist for the Belgian and international press, combining narrative and anthropological journalism in newspaper articles and prose.

By way of extensive ethnography, since 2008 his research focuses strongly on the influence of culture on interpersonal and intercultural communication. His main interests are conflicting worldviews with violent or non-violent consequences, the influence of religiosity on communicative behavior and the effects of a diaspora on native cultures.

Research topics and publications include: the Israeli mindset and youth culture, the Kurdish cultural struggle in Southeast Turkey, gender and Arab-Berber conflicts in Morocco, Japanese business culture and gender issues, and the structure of political processes in Belgium and the European Union.

In 2014, Daan Bauwens received a Fulbright grant for long-term research and a series of publications on the deep effects of multiculturality and superdiversity on the urban culture of Manhattan and Brooklyn. This research takes place in 2015, with the support and collaboration of New York City ngo City Lore.