UNITED NATIONS, Apr 19 2018 (IPS) – A new wave is sweeping across Africa. Elections on the continent are increasingly yielding younger leadership than ever before. From presidents to ministers and governors, senators to members of parliament, Africa’s young people are demanding a seat at the political table.

The youth are using their large numbers to vote in younger leaders or leaders they feel will be sympathetic to their plight.

In Uganda, Proscovia Oromait was only 19 in 2012 when she became the world’s youngest MP, representing Usuk County in the Katakwi District. “What I said when I was younger was that in years to come, I will become the president. It’s just been my dream to become a leader of Uganda. And here I am, the youngest MP. And I’m so proud of what I am,” Ms. Oromait told the UK’s Independent newspaper in an interview.

In South Africa, Lindiwe Mazibuko, 37, was elected leader of the opposition in parliament in 2011, representing the Democratic Alliance. She became the first black woman to hold that position.

“There is no prosperity for our continent without a vibrant, diverse and truly competitive politics, founded upon excellence, transparency and commitment to the public good,” Ms. Mazibuko said in a TEDxEuston talk in January 2016.

There are more young leaders coming up in parliaments in Nigeria, Ghana, Cote d’Ivoire, Kenya, South Africa, Egypt, Tunisia, Morocco, Cameroon, Zambia, Tanzania, Uganda and others. And the August 2018 presidential election could give Zimbabwe’s political leadership a youthful makeover.

Forty-year-old Nelson Chamisa, the new leader of the opposition Movement for Democratic Change, is angling to be Zimbabwe’s new leader. Were Mr. Chamisa to win, he would be one of Africa’s youngest democratically elected presidents.

Sixty percent of Zimbabwe’s 5.3 million registered voters in the watershed elections are under 40, according to the Zimbabwe Electoral Commission. It is a show of commitment by the youth to deciding a new course of governance after the leadership of Robert Mugabe.

Mr. Mugabe, 94, was Africa’s oldest leader until he resigned as president in November last year, having ruled for 37 years.

In a 2015 article for CNN, David E. Kiwuwa, an associate professor of international studies at Princeton University in the US, notes that “the average age of the ten oldest leaders [in Africa] is 78.5 compared to 52 for the world’s ten most-developed economies.”

On average, according to Mr. Kiwuwa, “only between 15% and 21% of [these African countries’] citizens were born when these presidents took the reins.”

Some Africans argue that “with age and longevity in office come wisdom, foresight and experience,” Mr. Kiwuwa writes. He further posits that, given opportunities in politics and other sectors, Africa’s youth can transform the continent. He regrets that the long tenures of older politicians continue to stifle the emergence of credible youthful successors.

Older political elites believe they have all the solutions to development challenges, Mr. Ncube told Africa Renewal. “An example is the approach that those in leadership use to solve young people’s job problems. Their solutions mostly suit the elites, rather than the young people. There is limited consultation in ideation between the youth and the older leaders.”

Youth need a seat on the transformation train because of their energy and passion, argues Kuseni Dlamini in a paper published in 2013 by Ernst & Young, a UK-based professional services firm.

“The single most important factor for continental growth is the energy and passion of young Africans who have a palpable sense of positive energy and optimism,” adds Mr. Dlamini, who is the chair of Times Media Group of South Africa and head of Massmart, a retailer affiliated with Walmart in the US.

“They [youth] are young entrepreneurs, innovators, scientists, academics, engineers, professionals. They do not want aid or charity. They want to unleash their full potential,” said Mr. Dlamini, who was named “Young Global Leader” in 2008 by the World Economic Forum, a recognition accorded “higher-performing leaders” who mentor other youth.

Africa’s population will be 1.6 billion by 2030, according to the UN Department of Economic and Social Affairs, and the rapidly growing youth population will constitute 42% of that number. The youth will need opportunities to participate in politics, jobs and overall inclusion in development.

The African Development Bank (AfDB) says that one-third of Africa’s 420 million youths (those ages 15–35) are unemployed, another third are vulnerably employed and only one in six young people is gainfully employed.

“While 10 to 12 million youths enter the workforce each year [in Africa], only 3.1 million jobs are created, leaving vast numbers of youth unemployed. The consequences of youth unemployment in Africa are pervasive and severe: unemployment translates to poorer living conditions, fuels migration out of Africa, and contributes to conflict on the continent itself,” notes the AfDB.

The AfDB adds that “the desired long-term outcome is expanded economic opportunity for both male and female African youth, which leads to improvements in other aspects of their lives.”

The bank therefore aims to create 25 million jobs through its Jobs for Youth in Africa Strategy (2016–2025) and spur economic growth by empowering the youth to realize their full potential.

African youth are demanding a seat at the political table, but the agribusiness sector, which could be worth $1 trillion by 2030, according to the World Bank, is the low-hanging fruit.

Ralph von Kaufmann, an agribusiness mentor and consultant with AAIN, says that “agribusiness presents opportunities for youths and women, but there is a need to create the right policies that facilitate their participation.”

Nthabiseng Kgobokoe, a young livestock and horticulture farmer in South Africa, told Africa Renewal that the first step must be to “include the youth in policy making. Education alone cannot address all our issues; there is a need to create conducive political and economic conditions for us to be successful young entrepreneurs.”

Ms. Kaobokoe said young entrepreneurs across Africa face similar challenges, including a lack of access to financing and other resources, red tape and inadequate policies to foster inclusive growth.

Policy makers forget that youth are the backbone of any socioeconomic and political development, stresses Ms. Kgobokoe.

Talented young people must step forward and be part of decision making, says Ms. Mazibuko. “We [in Africa] are emerging from that stereotype of a dark continent, the hopeless continent…. We must run for office, we must work in the civil service and we must disrupt the political status quo.”

*Africa Renewal is published by the UN’s Department of Public Information (DPI). 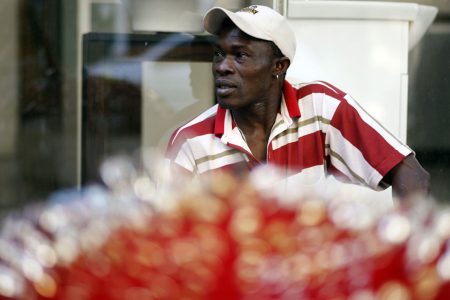 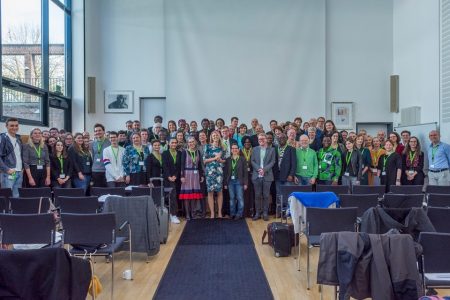 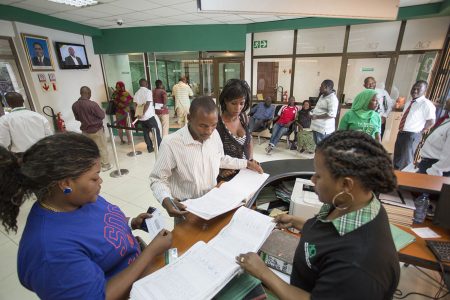